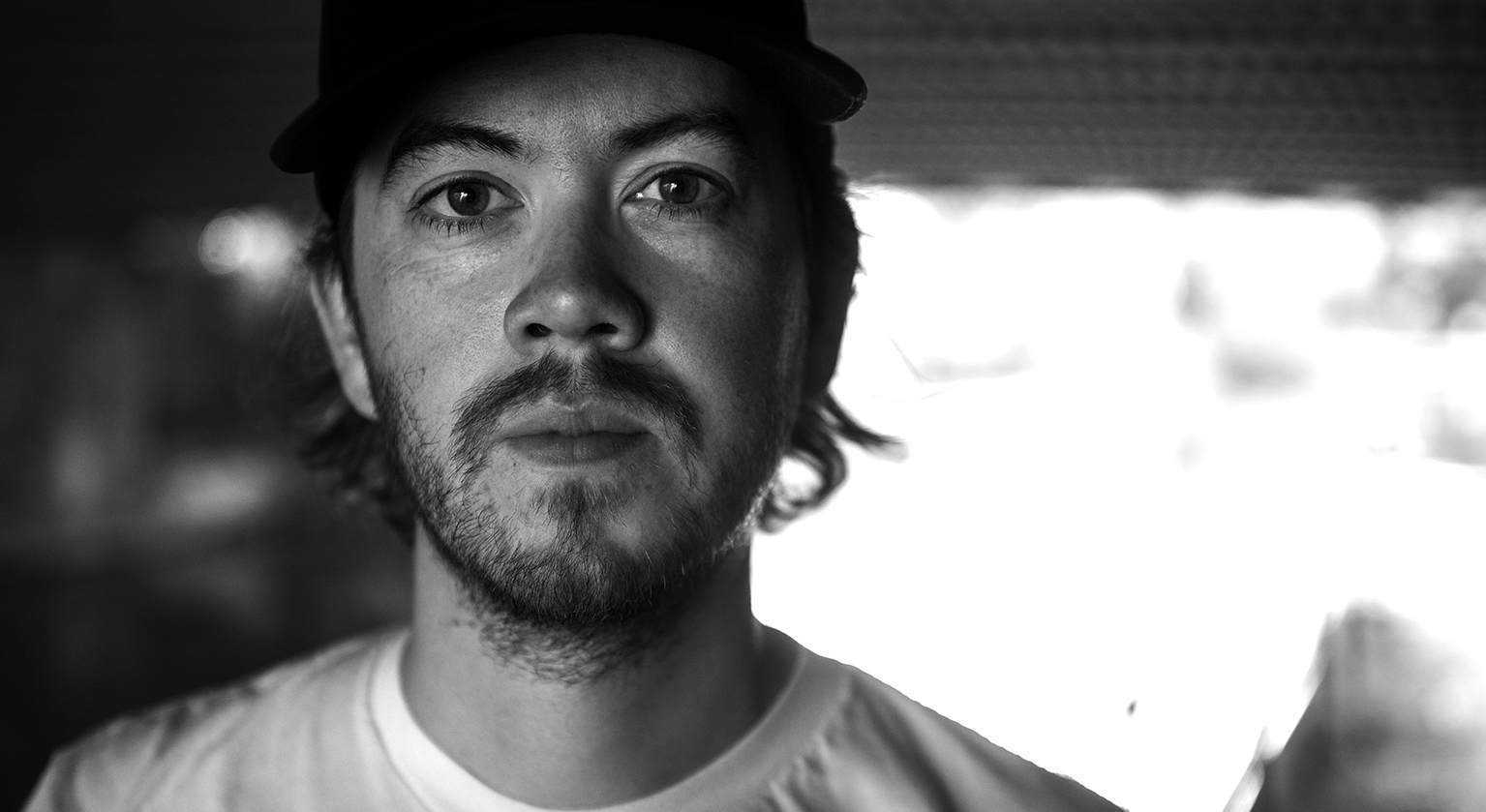 Posted at 00:01h in Music Producer by Beautiful Humans

U2 and Royal Blood’s chart topping producer, Jolyon Thomas, seems to collect hits and number one albums like one would collect pictures. Freshly nominated at the Music Producers Guild Awards as ‘2017 Breakthrough Producer of the Year’ for his work with Royal Blood, the album ‘How Did We Get So Dark?’, has also been nominated as ‘UK Album Of The Year’ along with the song he produces ‘Lights Out’, which has been nominated as ‘UK Song of the Year’.  A conversation with Mr Thomas on his collaboration with U2 and what it takes to be a great producer.

Victoria Adelaide: How did it all start?
Jolyon Thomas: It started naturally, just being a musician, I am a drummer and I was playing a lot. When I was young, all my friends were in bands; everyone was just playing, making music. I didn’t think much of it at the time, until I met people in London and really started making music, then at some point all of that turned into the computer, the studio. I became quite good at working the studio like an instrument I guess. That’s how I gradually got into what I’m doing.

VA: You also come from a prominent musical family, your father, brother, sister…
JT: Yes, music was in the house, that’s very true, but in my family it wasn’t only about music; it was just about everything, painting, all sorts of different things. We are also quite independent; it wasn’t a family business or anything like that. Obviously, everyone is very supportive of each other’s art, but it wasn’t expected. At the time, I didn’t work with them; we were all following our own path. I never thought of it, but now that I am older, I realize I’ve done the same thing.

VA: You have an impressive discography: you produce, mix, engineer, play, co-write with the likes of U2, Slaves, Daughter, M83, Royal Blood, and many more. Being a music producer, was it your calling from the very beginning?
JT: I think you need to have a certain personality to be a producer, because you have to negotiate the whole thing, the whole dynamic, the people, the studio, tensions etc. … Somehow, you have to keep it going, keep the energy flowing. It’s communication really, so I guess I was well suited for that role in addition to the fact that I am musical. I like working with people, so it’s quite nice to fall into that side of music.

VA: You regularly have songs and albums at the top of the charts; Royal Blood’s album stayed at the top of the UK charts for a little while. Do you know when a track is going to be a hit?
JT: Yes, you can feel it for sure; you listen to it and you don’t change anything, you just leave it alone. A track is always a compromise because the way it may be played today is different of the way it may be played tomorrow. It’s not like I’m designing a sculpture. A sculpture is physically there, whereas a song changes. So, you do feel when you just hit the moment. But it’s easy to overwork it, to be unsure; you have to believe in yourself, in the song, in the people you’re working with. If you smile, if you’re tapping your foot or whatever, it’s that sort of song. So, Royal Blood was like ’yeah’, it just felt so good.

VA: How did you meet U2?
JT: Long story short, I know someone mentioned my name to them, and I was happily surprised. I just got a phone call from them, from the band, just like a band from down the road. It wasn’t their managers, nothing like that; just a direct call, that simple. I could dress it up, but I think the reason for that is just a fresh live energy that they felt I could bring, something they are interested in. They have worked in lots of different ways, and I think I bring more live elements; I’m younger than them, that sort of thing…

VA: Do you give them critique or advice as you would for a young band?
JT: Yes, for sure, even more (smiles). If you work with a new band on their first album, they are in their twenties, sometimes if you give your opinion a bit too often, even if you do it in a positive way, they may take it personally and feel that it’s them that you’re criticizing. They’re young, excited, so you have to be a bit more careful. However, with a band like U2, it’s almost the opposite. They have had way more hits than I have or anyone else for that matter. You can just say things as they are. You can be very direct; it’s an honest conversation and it goes both ways. It’s very easy to communicate with them because they know what they are doing and as long as you’ve got a new idea that is interesting and creative, they are like, ‘Yes, try that, try that and try that’, just because they’re really good. Regarding my role, I can be totally open with them.

VA: Wasn’t it intimidating at the beginning?
JT: No, it was cool, it was not intimidating at all. Of course, you can pretend to be intimated, because you know who they are. But I have met other famous people. I mean, I respect that of course, but when you are there, it’s like every other day it’s the same thing. You’ve got a guitar, a bass, drums whatever, it’s the same, to be perfectly honest, at least to me it is. With them, it’s just really fun because there is nothing to lose really, you just go for it!

VA: How different has your musical approach become due to you being also a producer and not just a musician?
JT: It definitely did change, it’s always changing; it’s in evolution, I haven’t arrived yet (laughs), it’s a process. I know what I want and I really go for it. I also realize I have more humor and it’s important not to take oneself too seriously. Sometimes artists can become emotional about a song, lyrics they feel personally connected with, or something going on; they might tell me directly, and sometimes you have to take it seriously of course, but other times it should not be taken that seriously, just not at face value. And then you can navigate all these things quite well. I think you have to keep an open mind and not get stuck in one way of thinking. But basically, my role in that dynamic is to make the decision. We haven’t got all day, there’s a budget and a timeline, and I guess they trust that I do that for the right reason.

VA: What did you learn from your father or creative people you may have been around when you were younger?
JT: I learned to listen. I learned from being around studios, artists and lots of creative people. I think I was speaking my mind way too often and I was not listening enough. Everyone has an opinion, so I really learned just to listen to the music, number one, and to people as well, actually ‘listen’ to them, not ‘hear’ them, and try to understand what they’re saying. Because quite often, especially artists (smiles), they don’t say things clearly. They may say, ‘oh the sound is very loud’; they don’t mean that; what they actually mean is that it sounds bright or distorted or whatever. If you’re not really listening to them, you won’t really understand what they’re getting at. So, I guess it took me a long time to really know how to ‘listen’. This is why I was never good at working in the studio before, because I always wanted to be in charge, essentially. I couldn’t as a youngster, I wasn’t very good at keeping my mouth shut. It wasn’t my place necessarily to bring the input that I give today. So, now I’m able to manage that better, because, yes, you make mistakes and you say the wrong things unless you’re listening; that’s the big one.

VA: Is there an artist you would love to work with?
JT: Humm…let me think, it’s a weird one because I’m always interested in making new music. Of course I love lots of music that’s out there, but I don’t really look at that as my next thing. I don’t have to describe it. I just take it as it comes, and there are all these new artists I’m working with that I’m really excited about. You haven’t even heard of them. I’m excited about that. I really believe in that, so I really tune into that. I’m trying to give you a name, hmmm…a name drop, U2!!! Ha ha ha! I mean, you know that’s pretty good (laughs). I think new stuff, new people, new artists, I guess that’s my answer.

VA: What do you think makes a great producer?
JT: Listening. Understanding that it’s the artist’s album, it’s not mine. It has to be managed with respect. To have a sense of humor. Again, sometimes it can be an emotional journey with lots of things going on, so you have to avoid taking yourself too seriously. Having a sense of humor sometimes, not all the time, but I think that’s an important part of being a producer. Being a musician, I can understand if someone’s playing a chord or something, I can play it back and maybe come up with a new way of doing it. So, for me that’s important, because I can communicate with them easily. I wouldn’t be like ‘Do that’, I can just pick it up, play and challenge them in a nice way. So yes, humor, listening, challenging.

...you have to believe in yourself, in the song, in the people you’re working with.`` 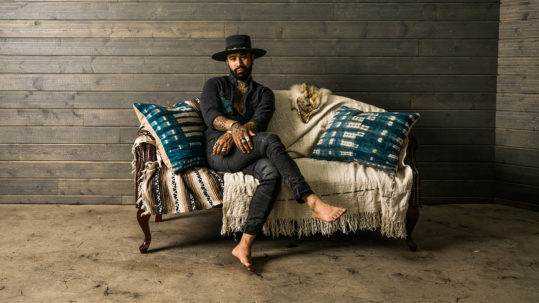 It’s a lot of work being… 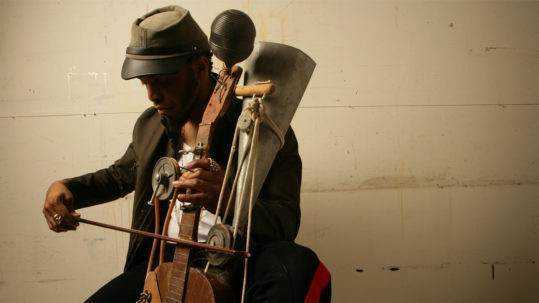 Timelessness is an indicator of great…