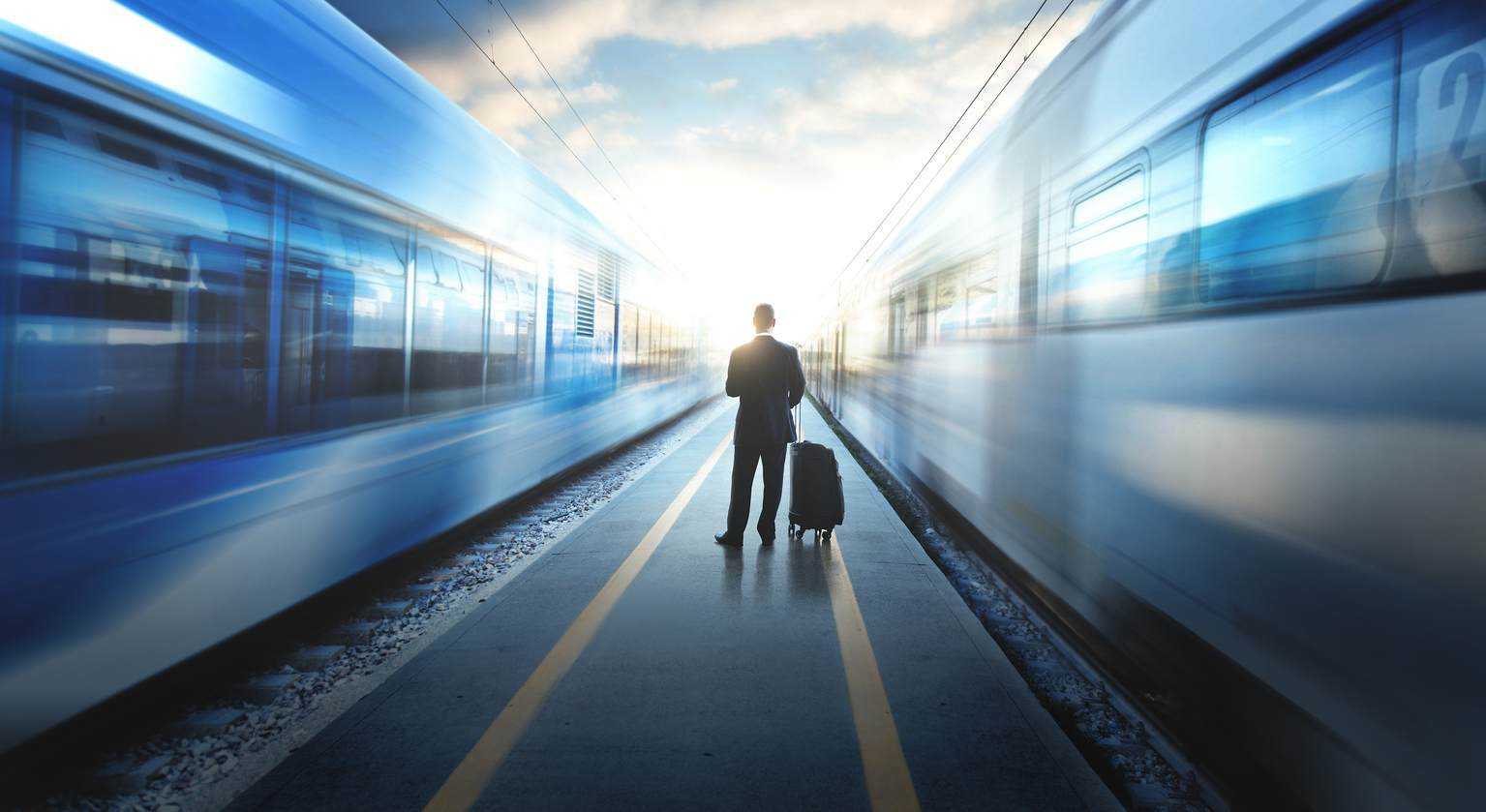 This is the second part of our interview on synchronicity with psychogenealogist and writer Elisabeth Horowitz. You can read the first part of this interview here.

Victoria Adelaide: Mrs. Horowitz, can you explain the link between synchronicity and psychogenealogy?
Elisabeth Horowitz: We link synchronicity to the genealogical tree because we observe that there are age and date coincidences. For example, when people came to see me for consultations, the first thing I asked them was how old they were, at what age they got in trouble, and what’s happened to their parents and their grandparents when they were the same age. Were they in a coincidence age? Did they reach an age that had also been sensitive for some of their family members? Very often, that was the case. People start falling into depression when they reach the age of one of their ancestors when they died. The work on age is revealing. Then we have the coincidences with dates. I was born on October 10th, and I realize that my grandparents got married on October 10th, two generations before me, or that an uncle on my father’s side was born on October 10th as well. The first question to ask ourselves is, “Does my birthday already exist in the genealogical tree? Am I in synchronicity with dates that existed before me? If yes, which ones?” These coincidences are not limited to my birthday it can also be the date when I’m going to get married. I decide to get married on July 15th, and it appears that it’s also the date of the death of one uncle on my mother side. All these coincidences occur because, in our subconscious, there is a clock that is calculating dates and trying to warn us about genealogical issues that are unsolved and that’s why specific dates will emerge. There are also coincidences linked to names. We fall in love with someone who has the same name as one of our grandparents, father, or sister. It does not happen by chance; we will talk about a subconscious determinism that forces us to research people who have the same name than some of our family members. If they have the same name, then maybe we should avoid them or realize that we may be in, what we would call, an incestuous relationship. We can live it, but we shall not fix it. For instance, if I fall in love with a man whose name is the same as my father’s, it’s fine as long as I do not fix anything. I can live my relationship because I miss my father and I need to compensate, but I shall not fix it by getting married, because then the incestuous aspect of it comes into play and it’s a throwback to the origins. To resume, the three main points are date coincidences, age coincidences, and coincidences with pre-existing biographical, genealogical elements. All the family signifiers, as Lacan called them, can re-emerge.

VA: So we get back to what we talked about in the first part of this interview on avoiding, as much as possible, going back in the past.
EH: Yes, because this is a regression into the family’s history. We can satisfy these impulses within a certain limit, providing we do not fix them. When we meet people with the same name as our family members, the effects are amplified. Either we will hate them, or we will love them passionately. If we are wise, we recognize that we are facing an incestuous kind of relationship or attraction and we won’t get involved. At the same time, we may wonder if it’s possible to be attracted to people with whom we have no element of familiarity, who have nothing in common with us or our family? I’m not sure, because if they really have nothing to do with us or our family, there is no connection.

VA: We also say that opposites attract. Isn’t it something that’s lacking within ourselves that we find in someone else that attracts us?
EH: Yes. It could be a counter identification. In some cases, I think it’s possible. Here, it’s about the character, but I think that with people we really get along with, there are always some familial elements that connect us.

VA: In your book, Quelle coïncidence! (What a Coincidence), you said that switching things around can alter our destiny. How can that be?
EH: Yes, indeed. There’s a movie called Falling in Love with Meryl Streep and Robert De Niro. It’s the story of two New Yorkers who take the subway every day to the same destination, they see each other but never talk. On Christmas Day, they are in the same library. They buy gifts for their family, bump into each other and, by mistake, grab each other’s gift. The following day, they understand the mistake. They meet again in the subway and realize they have each other’s gifts. From that exchange, that mistake, was born a love story. The thematic of the exchange is very interesting because, until the last minute, you have the possibility to invert things and to change a negative situation that’s supposed to happen into something positive. I experienced it once. I had flown to a meeting I was worried about. In the plane, a person asked me if we could exchange our seats. Instinctively, I said yes. The meeting went a lot better than I expected. I thought it was great that I agreed on exchanging seats. As Einstein said, there’s no time without space. So, by changing something in space, we also change something in time. Because someone occupied my seat, it changed the outcome of my meeting. Also, when people ask you to change, it’s a sign you were probably going to do something that was not positive, and you are given a chance to swap. When there’s a change, it gives us the possibility to alter what was planned or supposed to happen.

VA: The lapsus was talked about by Freud. Can you elaborate a bit on the topic?
EH: The lapsus is something that has been very well described by Freud in a book called The Psychopathology of Everyday Life. In that book, he describes all these micro-coincidences, missing acts, such as going out and forgetting something at home, or wanting to say a word then we say another one instead. He wrote about it a century ago, as he noticed it in his personal life. Freud realized that the subconscious works with syllables. In a lapsus, there’s an inversion or we will slip and say something, which is similar to the word we wanted to say. He noticed that when we hear repetitive words, it’s a reference to words the subconscious wants us to comprehend that sound similar to their first or last syllable. That’s why I said synchronicity is an indirect, allusive language. These are words that come the closest to what the subconscious wants to tell us. There’s a big study on words in synchronicity. That’s why I write all the words I hear during the day, as well as numbers.

VA: All right, so what is the connection with numbers?
EH: There’s a language with numbers. It’s more abstract because words have meanings but numbers do not. Numbers can only catch our attention by repetition or by a series of numbers that follow each other. I always look cautiously at the receipt when I do my shopping. I may have €16.17, €14.15, €10.11, €43.44 or numbers that repeat themselves, like my parking spot, hotel room number, or dates I hear. Numbers can be a sum, dates, ages, and so on. When numbers come back, they’re telling us there’s something important to notice about our day or week. It’s a language that expresses itself by repetition and the fact that consecutive numbers are contiguous. It can even be mirroring numbers, such as €38.83. So you have mirroring numbers, numbers that follow, and you also have your birth date repetition which means there is something you have to be very careful about, as your birthday came back as a sum you paid.

VA: There’s also something very interesting with imprints.
EH: Imprints are very important as they can save our life. Imagine, your relationship with your ex ended very badly. He was a huge fan of Pink Floyd. All day he was playing Pink Floyd, talking about them, etc. So, your brain has associated this person with Pink Floyd. A few years later, you start a new relationship with a man who invites you to his apartment and the first thing he asks you is, “Do you like Pink Floyd?” In this case, the original imprint is there to warn you not to go further. As it went wrong once, there is this imprint already and it can’t work any better but maybe worse. Another example could be that a few years ago, you had a business lunch in a restaurant you disliked. You didn’t eat well and the business deal didn’t happen. Years later, you have another business lunch, with different people and they suggest that you go to that same restaurant. You should not go, as synchronicities are there to warn you not to go because there’s an imprint. You have already seen it, lived it, and it didn’t go well. So when events like that occur again, it’s a sign that it’s better not to go ahead.

VA: Your last words.
EH: There are simple things that we can do daily: we can start by being observant to synchronicities in the sky and on the ground—developing our awareness on what’s going on in the air, planes, the shape of clouds, rainbows, birds, balloons that fall in our garden, and what we find on the ground. Things like that.

You can read the first part of this interview here.

...We can start by being observant to synchronicities in the sky and on the ground...``